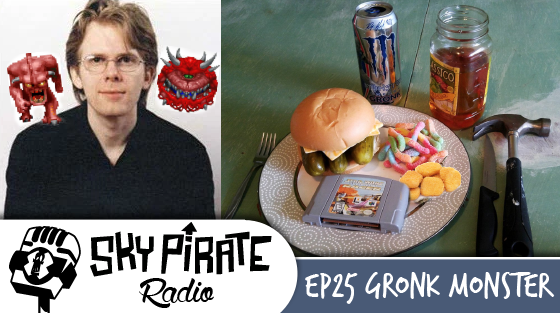 Without a Joey around to ground the proceedings, Jace, Kevyn and Max go hog wild broaching all types of TOO HOT FOR TV TOPICS, including Jace’s mysterious rivalry with John Carmack, Max’s consumption of malicious liquids and Kevyn’s endless pursuit for a copy of Tai 3. Will these three narrative threads tie together in a freak coincedence the likes of which podcasting has ever seen? No, but the boys do uncover a secret related to Club Penguin and Julian Assange that is so revelatory, so MIND-BOGGLING that you’d be crazy NOT to believe it!

Also, they talk about some video games a bit, like Breath of the Wild, NieR Automata, and I guess Star Wars Battlefront? Again? Whatever. It’s Sky Pirate Studios, here to make your 2017 have that sugar & spice it so desperately needed. 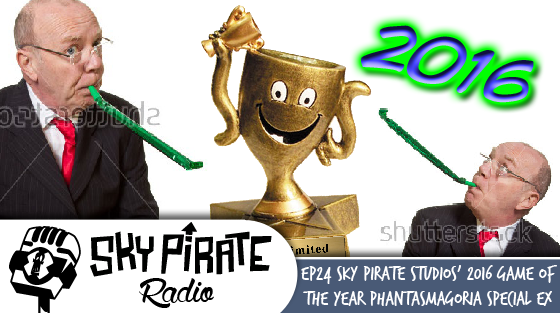 Only three-and-a-half months late, it’s Sky Pirate Studios 2016 game of the year fiesta! At a feature length that would make Peter Jackson blush, the boys touch upon topics of utmost import, discussing the best water, food and ‘tude in the games of 2016, jumping from sponsor-to-sponsor all the while. In the ultimate race against time, will those crazy Sky Pirate hooligans be able to get to announce their games of the year before all their sponsors drop out? How many times will Max mention Overwatch? Will Jace stop fidgeting with objects that are obviously being picked up on his microphone? Find out in our season finale that listeners have been calling “a podcast”!

SPOILER WARNING: We talk Last Guardian from 44:30 to 48:00. We provide ample warning, but keep your ears peeled! We also talk about spoilers for Castlevania: Lord of Shadow at some point, but I don’t think you care about that really. 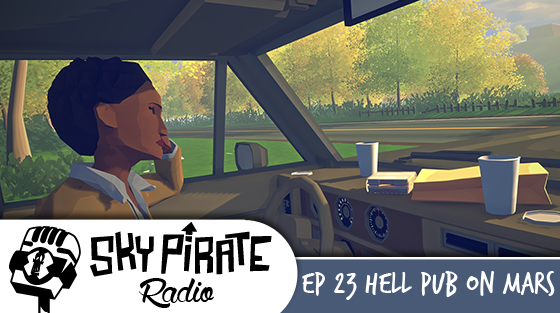 In this bumper-length podcast the boys are BACK after an extended hiatus to talk about the forever-upcoming Star Citizen, the poor implementation of sports commentary in video games and the tone and theming (or lack thereof) of Battlefield 1, before talking a lovely stroll down Peter Molyneux’s the Trail. Thereupon they lose their collective minds, with Jace complaining about ordering themed cheese burgers, Kevyn morphing into a window, Max destroying his own home and buying “ironing boards” and Joey staring deeply and lovingly into the ever-present fire (voice talent provided by Michael Caine). 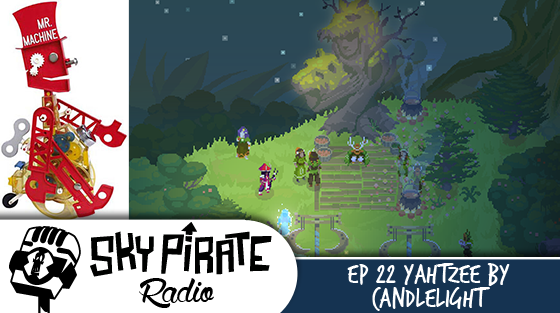 Sky Pirate Radio… it’s ideal! The boys whet your appetite by discussing flavourful topics such as Mafia 3, President Nixon’s role in Transformers: Devastation, The Silver Case, Dana Carvey’s The Master of Disguise and Croc’s influence on Jace’s adult life. The sky pirates then chat about Moon Hunters, in which Kevyn cooks, Joey flirts, Max’s cat has a terrible secret and Jace doesn’t know anything about how the moon works. This episode is capped off with some old-stool game-pitchin’, with Jace slammin’ fields, Max truckin’ monsters and Kevyn unearthing the mystery of Lite-Brite.

Next week’s game of the week is Virginia – available on PC, Mac, Xbox One and PS4! Send us YOUR opinions on Virginia at questions@skypiratestudios.com and we’ll discuss them on the show! 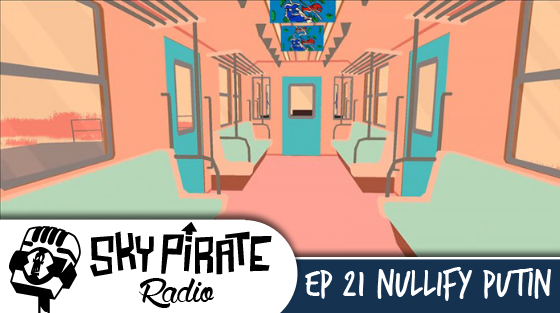 The Sky Pirates are finally coming of age in their 21st episode celebration. Joey plays Golf With Your Friends, and he plays a golf video game as well. Kevyn reminisces about the rise and fall of Rise of Tyrants, but moves on from his mourning to talk about Plants vs. Zombies: Heroes. Max plays the Titanfall 2 beta and old Star Wars games for some reason. Jace is confused about Kingsglaive: Final Fantasy XV. This is bookended by a discussion about the fantastical The Endless Express, before the boys pitch games about bloodphobic cowboys, phantasmic cowboys and the Atomic Collapse. This isn’t your daddy’s Sky Pirate Radio.

Play the next game of the week, Moon Hunters! http://store.steampowered.com/app/320040/

And e-mail us at questions@skypiratestudios.com or else Max will get a bit cross. 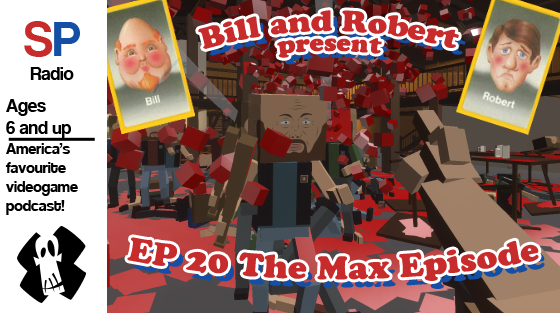 For our very special Rio 2016 Olympics™-themed episode we let Max take the reigns of the ‘cast to veer us into movie discussions that have us questioning why Suicide Squad is so bad, if the Ninja Turtles are really Teenage, and why there isn’t yet a sequel to Citizen Kane. Eventually we talk about ~Hot New Video Games~ such as Headlander, Gal Gun: Double Peace, Furi and Dreamwork’s feature film game adaption of Robots, before Max tricks us into talking about video game-esque board games such as Doom, Dark Souls, Mansions of Madness and Guess Who. We top off our 20th episode by discussing the very bloody Paint the Town Red and pitching games about riddles, ripped assassins, riddles again, and Monkey Ball Gangsters. Happy Max Day, everybody!

Play next weeks game of the week, The Endless Express! https://vltmn.itch.io/the-endless-express

And don’t forget to e-mail questions, game of the week opinions and conspiracy theories to questions@skypiratestudios.com!